What is the Real Economic Cost of Climate Change? 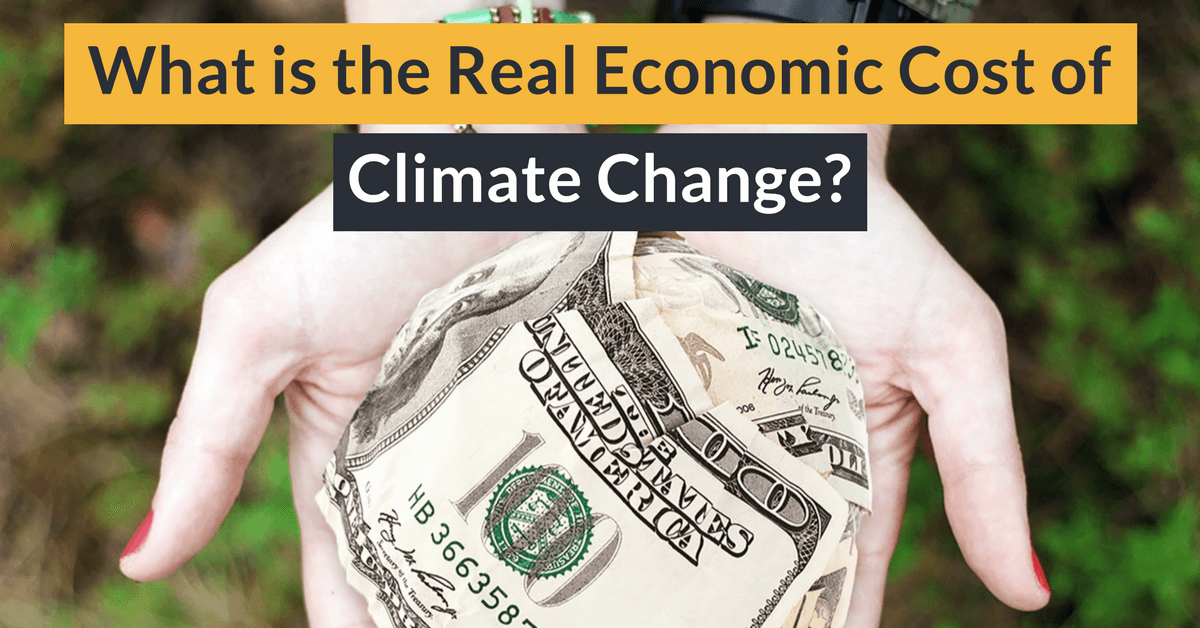 Climate change is happening. While some might choose to deny it, the weight of evidence suggests there will be negative impacts on our world brought about by rising temperatures and sea levels. In fact, we are already seeing these impacts in more frequent and extreme fires, drought, storms and floods. These impacts are already affecting people and economies across the globe. So does that mean protecting the economy and investing in a more sustainable future go hand in hand?

Fighting the myth: Climate Change agreements place too much pressure on some members

Switch your television to any news station and you’ll probably here a politician talking about the negative economic impacts of combatting climate change. In June 2017, The President of the United States even cited “Lost jobs, lower wages, shuttered factories and vastly diminished economic production” as the primary reasons for the USA leaving the COP21 Paris Agreement.

The agreement, which sets clean energy targets for countries that ratify, is designed to bring all nations together to fight global climate change. What’s interesting about this agreement is that it’s entirely voluntary. Countries set their own targets. By pulling out of the agreement to “begin negotiations to re enter either the Paris accord or a really entirely new transaction,” President Trump, wilfully or not, misrepresents the nature of the accord.

Do you care about the global economy and the future of our planet? Switch to Future Super today.

Understanding the economic factors behind climate change is indeed a complex issue. The models of industry we rely on right now simply aren’t sustainable in the long term. Pollution, environmental damage, extreme weather events and rising sea levels are all caused by our global industrial behaviours.

However, as researchers from Stanford University found, capturing a true snapshot of the impact of climate change on global economies is complex, and requires a rigorous commitment to clear thinking.

For example, it’s important to not only assess the damage climate change can have on GDP, but also the growth rate of GDP. Changing and extreme weather conditions can deplete capital (think the effects of cyclones and hurricanes, like we are seeing throughout Central America) and the long term effects of rising temperatures can limit total factor productivity, where resources are diverted away from Research and Development into efforts to deal with climate impacts.

Climate change will play a role in widening inequality

Research also suggests that the economic costs of unchecked climate change will not affect us all evenly. Studies show that climate change will likely create more disadvantages for the poorer members of society, while richer members might even benefit. Similar to the way recessions often lead to a transfer of wealth from poor to rich, climate change might actually benefit the wealthy few, while leaving the rest of us in dire straits.

In the United States, for example, research suggests that Atlantic coastal communities will be hit by rising sea levels and hurricanes, while the South and Midwest will suffer by decline in farming as rising temperatures reduce crop growth.

The same research, which ran over 29,000 simulations on what could happen if global warming rose to a 6 degree average above preindustrial levels, found that the country could suffer up to a 6% decrease in GDP.

A warming climate will cost us trillions

By continuing to delay significant reductions in greenhouse gas emissions, we risk handing young people alive today a bill of up to US$535 trillion. This would be the cost of the “negative emissions” technologies required to remove CO₂ from the air in order to avoid dangerous climate change. – James Dyke, The Conversation

Research by the Organisation for Economic Co-operation and Development found that early and ambitious climate change mitigation efforts could help economies avoid half of the macroeconomic consequences by 2060, and minimise projected reductions of global GDP from 2-10% down to 1-3% by the end of the century.

In the absence of new policy you must lead the charge

The absence of new climate policy could lead to disastrous results. Consider the following statistical estimates:

Despite the reality of the future that awaits us, policy change seems slow to non-existent. With governments unwilling to provide a clear path to climate change reduction, it falls to each of us to make the right decisions. Through your actions, purchases, decisions and investments, you can lead the charge.

The right super fund can make a positive impact

There’s no denying it, even APRA executives describe the challenges of climate change as ‘distinctively financial in nature’.  Superannuation funds need to lead the charge by investing in industries and technologies that help combat the harmful effects of rising global temperatures.

Unfortunately, many Super funds simply aren’t pulling their weight. A review by Market Forces found 82 percent of Australia’s largest funds weren’t considering the risk of climate change, with 60 of the top 100 showing absolutely no evidence whatsoever.

Superannuation funds manage the investment and retirement savings of almost 9 million Australians, yet in general they lag behind in their fiscal and social responsibility to prevent climate change.

Fortunately there are alternatives. At Future Super, we are a fund with ethical businesses firmly in our sights. Our strict criteria for ethical investment means your superannuation is only invested in businesses that care about the future.

When it comes to how bad the effects of climate change will be, much is still in the air. How we respond will determine the future we live in. There will be economic impacts, that’s for sure. Big coal and other dirty industries will fall behind. But these changes also mean opportunities. Switch to Future Super today and discover how we can help safeguard your retirement and help you play a part in addressing climate change. We all want a clean world to retire to, after all.